In February 2022, Susa Katz, Nicole Schroeder and Anita Hugi founded ADA, the Assembly for Diversity and Innovation in the Arts Sector. On March 8, ADA launched a series of events on diversity and innovation in (Swiss) cultural creation : ADA in CONVERSATION, an encounter with Anna Serner, CEO of the Swedish Film Institute from 2011 to 2021 and a changemaker whose advocacy for equality and diversity has left a lasting mark on the film industry and cultural creation worldwide. Moderated by journalist Nicoletta Cimmino, the event was held at KOSMOS Zurich and live online.

ADA is a forum and sounding board that monitors, connects and catalyzes innovative processes in the culture sector. ADA advocates for new initiatives and connects existing ones to promote diversity in cultural production. ADA was founded by three women with wide-ranging experiences in the fields of arts and culture, especially in film and new media. 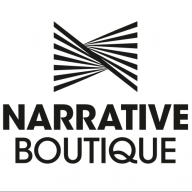